Battlestar GALACTICA analyzes of a series 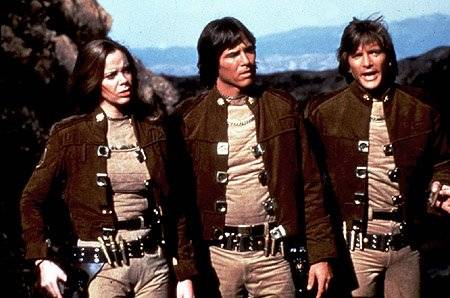 There are those which believe that the life here started elsewhere Are there can be human brothers who, today still, Fight to survive, some share, beyond the skies

At the Seventh Millenium of the history, Battlestar Galactica wanders in the vast desert of space. The Alliance of Cylons, with the head of an army of robots, destroyed the 12 colonies of human and their defenses were destroyed. Only the fleet of Battlestar remains. The series conceived by Glen A. Larson in 1977 became a reference, at the sides of War Star launched the same year, of Space Opera. The series was abandoned as of the first season for budgetary reasons, each episode cost approximately 1 million dollars. A debate exists on the influence of the ideas of Glen A. Larson on the realization of the film Star War... 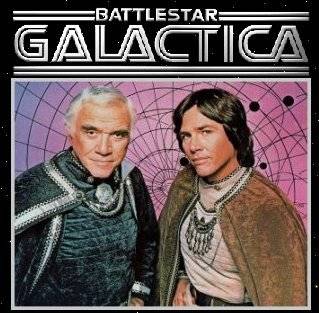 But this series contains a philosophical message, inspired directly of the Mormon Writings, in particular of the Book of Abraham translated by inspiration of Egyptian papyruses, by the prophet Joseph Smith (1805 - 1844). A commander of the name of Adama (Adam) order a space fleet composed by the survivors of the system of Kobol, and seek the planet Ground where live human brothers. Kobol is only the anagram of Kolob, the star of the planetary system described in the book of Abraham. The search of the space fleet is quite simply the Earth. We also find in the series, of the elements which will probably influence sit COM more recent like Stargate SG1, in particular in the idea that the gods of old civilizations were the extraterrestrial ones. In Galactica, the helmet of the pilots of Viper, is similar to the royal cap of the Pharaons, direct allusion to this civilization which always fascinated the men, and to the Book of Abraham who refers to Egypt, him even resulting from the visions obtained starting from a strange papyrus: the hypocephalus. The explorers of the space fleet are in the search of this 13e tribe who are the land ones, kind of search of Graal which will allow human of Kobol and land, to find for the ones their children and the others their stellar ancestors. This presentation makes land the extraterrestrial ones which is unaware of. Each human having an ancestor having lived on Kobol. 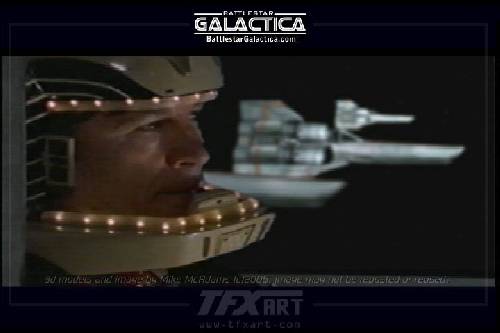