This Link is Joseph Smith and Kabbalah,  a very rich article with reading 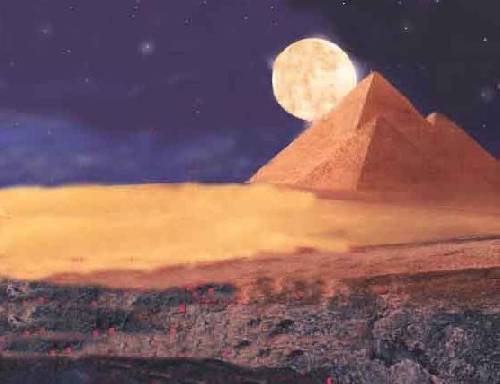 Hypocephalus is an attractive papyrus, it is facsimiles it n°2 which gave the Book of Abraham. It comprises 9 centre sections, and a hieroglyphic ring. The symbolic of this document, its circular aspect, reference among former Egyptians with the Eye of Horus, containing the secrecies of the world.
The translation by the Egyptologists of this document reveals us the voyage of the heart of late, and the Egytpiennes divinities. Seemingly that would have nothing to do with the translation inspired, but appearances misleading are said the proverb. And we will see that on the contrary, it exists close and strange connections, between the translation inspired of the Prophet Joseph Smith and the literal translation of the document. What does nothing but reinforce on the contrary, the supernatural aspect and of revelation of this document.
Literal translation
Edge: I am the Provider in the Sun Temple in Heliopolis. [I am] most exalted and very glorious. [I am] a virile bull without equal. [I am] that Mighty God in the Sun Temple in Heliopolis. <May the Osiris Shishaq live forever>with that Mighty God in Heliopolis.Left Middle: O God of the Sleeping Ones from the time of the creation. O Mighty God, Lord of heaven and earth, of the hereafter, and of his great waters, may the soul of the Osiris Shishaq be granted life. Bottom: May this tomb never be desecrated, and may this soul and its lord never be desecrated in the hereafter. Upper Left: You shall ever be as that God, the Busirian. To the Left of the Standing Two-headed God: The name of this Mighty God. To the Left of the Falcon-Headed God on the Ship: Divine ship.
Comment :
The mention of Heliopolis is interesting. It is one of the oldest towns of Egypt, its name as an Egyptian means "house of the soul of Ptah". There are links between Heliopolis and the old Kingdom of Israel. The midrash, Jews commentary, sign that Abraham went to inform the Egyptians in Astronomy with Heliopolis. There are links between Israel and Heliopolis. In addition, an assumption was put forth as for the fact that Heliopolis in the beginning, knew the secrecy of God of Israel.
Aritcle in construction